From Center for Statistical Genetics 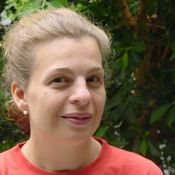 I am a Professor in the Department of Neurology at Columbia University and Director of the Center for Statistical Genetics. I am also a Senior Research Associate at The Rockefeller University. I received a Master of Science degree in Biostatistics in 1989 and a Doctor of Philosophy degree in Epidemiology in 1994 from Columbia University. My interest lies in statistical genetics and genetic epidemiology. In addition to applied work, mapping disease/trait loci, I have worked extensively in developing methods to aid in gene identification and understanding disease etiology.

On the applied side, I have studied a wide variety of phenotypes including: autism, platelet reactivity, bipolar disorder, coronary diseases (i.e. LVOTO and aneurysm and dissection) and non-syndromic hearing impairment (NSHI). The study on NSHI, for which I am the principal investigator, has been funded for the past 18 years by the National Institute of Deafness and other Communication Disorders. This research is currently funded by two National Institute of Health (NIH) R01 grants for which I am the sole principal investigator. Over 650 families with NSHI from Pakistan, USA, Jordan, Switzerland, Poland and Turkey have been ascertained leading to the identification and publication of >20 new NSHI loci as well as eleven novel NSHI genes. This study now utilizes exome sequencing which has greatly enhanced the speed of novel gene identification. A number of genes have been identified using exome sequence data including: KARS (Santos-Cortez et al. 2013); TBC1D24 (Rehman et al. 2014) and ADCY1 (Santos-Cortez et al. 2014). In addition to studying NSHI I have also recently expanded my research to study several other Mendelian traits which include phenotypes which encompass the eyes, skin, nail, brain and bone. Thus far we have collect 85 families for which we are currently performing mapping of these traits and following up the findings with exome sequencing.

I am also involved in the analysis of several large-scale next generation sequencing projects: National Heart, Lung and Blood Institute (NHLBI) - Exome Sequencing Project (ESP), Mendelian Exome Sequencing Project, Minority Health-GRID Network on Hypertension and the Colorectal Cancer Susceptibility Genome Sequencing Project. I led the statistical analysis of NHLBI-ESP project one of the first large scale exome sequencing projects. Using data from ~6,800 exomes, analysis was performed on >70 heart, blood and lung related traits. Data from this project has also been used for the study of population genetics (Tennessen et al. 2012; Fu et al. 2013; O’Conner et al. 2013). I presented highlights of the findings from NHLBI-ESP at the plenary session at the American Society of Human Genetics in 2012 and I am currently leading the writing team describing the major results from the study.

My research is currently supported by 10 grants from the NIH and a grant from the Department of Defense. I have published >170 peered reviewed articles and I am either sole, first or senior author on >65 of these articles. I am an associate editor for the American Journal of Human Genetics and PLoS Genetics and serve on the program committee for the American Society of Human Genetics. I previously was a member of the board of directors for the International Society of Genetic Epidemiology (2007-2013) and was also the President of this society in 2012.

I teach and organize courses in statistical genetics. For the past 19 years I have organized and taught the Advanced Gene Mapping Course which is held annually at The Rockefeller University. This course is supported by a grant from the NIH for which I am the principal investigator. I also organize and teach statistical genetic courses at the Max Delbrück Center in Berlin. In recent years, I have taught courses at Beijing University, Fudan University (Shanghai), Kyoto University, University of Helsinki, University of Toronto, University of Oslo, Erasmus University (Rotterdam), Max Planck Institute (Berlin) and Seoul National University. I am involved in training graduate students and postdoctoral fellows from Rice University and Baylor College of Medicine as well as mentoring a number of international pre-doctoral trainees.